← more from
Melodic Revolution Records
Get fresh music recommendations delivered to your inbox every Friday.
We've updated our Terms of Use. You can review the changes here. 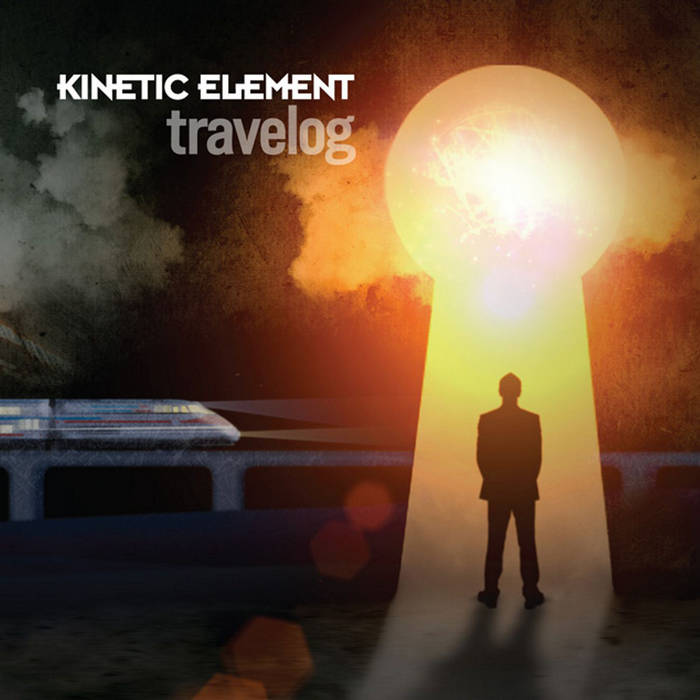 5 stars Six years after their very promising debut (Powered By Light), Kinetic Element is back again with their sophomore release called Travelog. It was a long time coming, but very worth the waiting. The American quartet had some changes: now Mark Tupko replaces original bassist Tony D´Amato. And the vocal department, once courtesy of keyboardsman Mike Visaggio are now handled by three different guest singers. Other than that, the core members are the same (Visaggio on keys, Todd Russel on electric and acoustic guitars and Michael Murray on drums).

Compared to their debut, Travelog is a much more symphonic affair, with a strong jazz-rock fusion influence (especially the guitar parts). The music is still melodic and accessible, but definitely more complex and elaborated now, with longer instrumental passages. For instance, the shortest song is the title track and it clocks well over the 9-minute mark. There are no fillers at all and it´s hard to say which tune is the best, but I think the opener, the 20-minute epic War Song is definitely a highlight, with many tempo and mood changes. But the whole album is very inspired, very well produced and recorded and containing some powerful playing of all involved (including newcomer Tupko who shows his skills from the start with a short, but stunning bass solo on the aforementioned War Song). I just love Visgagio´s elegant keys (hints of Tony Banks, Rick Wakeman, and Keith Emerson abound). Russel´s guitar lines are superb too, but clearly, this is a teamwork and everybody shines. Instrumentally speaking this album is as close to perfection as you can get, with not a wasted note to be found and everything flowing naturally throughout the whole CD.

Vocals on the other side are not that perfect in my humble opinion. The three vocalists are very good and do a very credible job on all tunes, but being so varied it kind of robbed some personality from the group. Mike Visaggio´s vocals on the first album showed that he was not the greatest singer, technically speaking, but he had a warm and soulful voice that suited their songs very well. While the guest singers were more professional, have stronger pipes, and most often than not they added a lot, sometimes they made the tunes sound too "clean" and less personal if you know what I mean. It is just a detail only, of course. After all, 70 minutes of pure prog heaven is not something you find so easily nowadays!

Travelog is a fantastic CD that showed that Kinetic Element more than fulfilled its promising start. One of the best albums I heard this year and certainly, a must have for any prog fan.

Bandcamp Daily  your guide to the world of Bandcamp